Is Cow’s Milk Healthy for People? 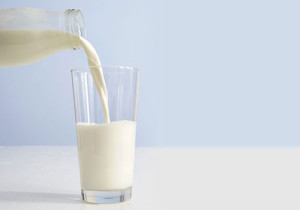 The famous question ” Is cow’s milk the best option for optimal health” was brought to me by  Oxford Chiropractic, and here was one of my answers.

This topic is a BIG one and sometimes can be a bit controversial. With more and more studies being done on how milk is being produced and what it actually does to our bodies, we are starting to see that cows milk is not a healthy option for us humans.

There are many different routes I could take to answer this question with the ever-growing lists of reasons why, including; the pasteurization process; growth hormones and antibiotics which are given to cows to help produce the milk; the fact that cow’s milk is custom-designed for calves and contains 3 times more protein than human milk, which creates metabolic disturbances in humans; humans over the age of 4 do not produce the proper enzymes to breakdown lactose: and the list goes on and on!! But today I want to focus on how drinking cows milk can actually be harmful to our bone health!

The milk myth… ” Cow’s milk is a protein and calcium-rich drink that is essential to support good overall bone health at any age”…is widely used and often referred to when thinking about overall health. It is easy to understand the confusion about milk’s benefits because it does contain calcium – around 300 mg per cup.
However, not only do we barely absorb the calcium in cow’s milk (especially if pasteurized), but to make matters worse, it actually increases calcium loss from the bones! Like all animal protein, milk acidifies the body pH which in turn triggers a biological correction. Calcium is an excellent acid neutralizer and the biggest storage of calcium in the body is in the bones. So, the very same calcium that our bones need to stay strong is utilized to neutralize the acidifying effect of milk. Once calcium is pulled out of the bones, it leaves the body via the urine. So the surprising net result after drinking milk, is an actual calcium deficit!

* Statistics show that countries with the lowest consumption of dairy products also have the lowest fracture incidence in their population!