I subscribe to thesparc.net and they send me news bulletins on many of the subjects that we are following. Today I got a link to this report.

Firstly, let me note that the report, and authors of the report are about as far disconnected from Monsanto as they could get on this planet, so we should be assured of a reasonably untainted treatment.

I suggest you read the report now, and think about what it is saying.

My first reaction was dismay… I never realized how pervasive this chemical is, nor the myriad ways that GMO’s can be harmful… I only knew of the Roundup – 24D – Bt routes….

I’m not sure if I told you, but I have had a personal run-in with Roundup.

My brother ( and Father at the time, because he was still alive ) run a farm, mostly strawberry u-pick in Newfoundland. This was around 1997 or so and I was working in the Bahamas. I went to visit them in the summer, and my brother had to spray his fields… with Roundup. I know that Dad used to keep the big drums of this stuff in his basement…. Well my brother’s wife, is usually the one who follows just behind the sprayer, with an adjustable wrench, ready to undo any nozzles on the long sprayer bar that became blocked with sediment, shake out the nozzle, and put it back. She was gone at the time, so I volunteered. I spent a good many hours, dripping Roundup all over my hands, and probably breathing in the fine spray as well.

Then I continued my travels and returned to the Bahamas. By the time I was flying back, I had the most awful hives, big, itchy, oozing patches all over me, particularly arms…. and my biggest fear was that they would stop me in customs thinking I had some terrible contagious disease. Not so.

When I got back to the Bahamas, I went immediately to the doctor and he did the normal thing, prescribed me a large dose of steroids and sent me home.

I had that rash in some form or other for at least a year, and, over time I finally figured out what had caused it. My Dad and Brother gave me assurances that it was benign and I must just be allergic to it, or something else. Let me also mention that my Dad was not only a Professional Engineer who  supervised quarries, prestressed concrete, asphalt roads and runways and aggregate production, he was also a Chemical Engineer and, in his later working life, taught chemistry at the technical school to pharmacy students…..so he had some credibility with me.

Now, especially after reading this report, I know how destructive this chemical is, and how pervasive it is in our environment and food supply. I especially noted the section beginning page 23 where they detail the kidney damage. I know, in the 8 months or so before we went gluten free, that I was suffering from severe pain in my liver and kidneys… enough so that I couldn’t sleep at night, and I realized that it was serious and I may have to turn myself over to the medical system. Fortunately, and somewhat by chance, when we shifted our diet, all that pain went away.

Now that I see the damage Roundup does, particularly to these two organs, it all clicks in place. I fortunately dodged a serious bullet, or at least so far I have, let me say that much. If there were cancerous changes made to cells by this chemical, I am relying on my generously sufficient level of Vitamin D to take care of it.

This is a very thorough discussion of the general subject of Genetically Modified Organisms, and I am learning many new ( and alarming ) things from it. Particularly about the other genes that are also put into the plants from various sources and how they, too can have ” unintended consequences ”

I don’t necessarily buy that all the increases in chronic disease are due solely to the introduction of Roundup and GMO’s…. I think the big picture truth is that it is a combo effect, with some of the other problems contributing….. fear of sunshine exposure and indoor living causing low Vitamin D in the general population, high consumption of sugars, grains and other carbs, diminished nutrition in our food due to chemical fertilizers, monoculture, and poor soil practices, a myriad of other chemicals insulting our bodies all the time,  more stress in our lives etc. etc.

Notice that both Dr. Seralini and Seneff are mentioned here. We have run into them before. But now I see there are several others, and their credibility is high, as none of them are connected to big ag or big business and a lot of the info comes, not from the US, but from the EU and other more civilized places.

This is going to take some digesting. We can now see that there are threats from places we never realized. Something like Kathleen telling me the other evening that my Blueberries are sprayed with Roundup !! Now I find out there’s lots more ….. The magnitude easily qualifies this as a crime against humanity.

I must insert a note of optimism here… I also get e-mails from the people running the pro side of Proposition 92 in Oregon, the one to require labelling on all foods that have GMO content. They are recounting ballots and there are now only 812 votes separating the Yes and No sides… and they are very hopeful now that they are going to overtake the  Monsanto crowd and win this after all !!! That would be a great victory for all of us.

Enough for now. We can talk about this when we see you again.

Mantras are memorable words or slogans repeated over and over to point one’s thoughts in a positive direction. As I do my treadmill routine each morning, I reflect on key words. These words focus my mind, allowing me to maximize my energy. I asked Jay and Emma–one a ski instructor, the other a competitor in Cheer–to participate in a film version of the treadmill mantra. It’s the first project I’ve shot on a cellphone.

Saw this about the Kinder-Morgan TransMountain pipeline protests in Vancouver. Environmental Stewardship as a Family Value is probably something all parents should be thinking more about.

NASA A Year in the LIfe of Earth’s CO2

Half a Million Solar Systems Now on UK Buildings » EcoWatch

Would you be surprised to know how quickly the British are adopting solar?

Half a Million Solar Systems Now on UK Buildings » EcoWatch.

During Shoulder Season I’ve been hanging out in Nova Scotia with family for the last month and a bit, but it’s soon time to head back to Whistler and my favourite season, Winter!

It’s always recharging for my soul to visit my close family here.  One great aspect is the effort Kathleen and Doug make to eat locally, right from the back yard! This is something we do in Whistler through our farmers market, but I’d really like to grow my own produce too, and seeing the rooftop farm of Higher Ground at the Boston Design Center has given me some great ideas for the roof of the garage.

I’ve been lucky to have a few days this week with snow on the ground in Hantsport and it’s getting me pumped up for my return to Whistler and the land of big mountain skiing. 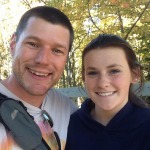 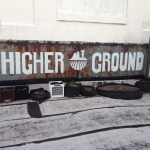 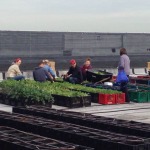 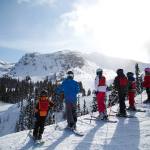 I met with Ian Guppy from Solar Nova Scotia and we had an animated conversation about using social media to promote alternative energy and community health. I mentioned there is a lot of serious material out there that is often difficult to navigate. Some fun and stupid snippets might help lighten the mood. In response, Ian sent me this link. Thanks Ian.

On Sunday Kathleen, Doug and I drove to Nova Scotia’s south shore to visit family friends. Margaret and Ed, who live in Petite Riviere in a little cottage dubbed “le Petite Bleu”.

After an excellent meal, featuring produce from the garden, we set out together for Crescent Beach. This was our second year making this trip together to the beach to collect seaweed to mulch our respective garden. 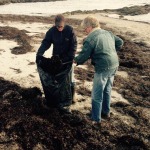 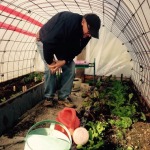